Regarding Hubbard Number 8 -- Maple Grove/Village of Iron Ridge:  Because of an overcrowding situation until the "new" Horicon High School was completed (opened in fall of 1964) the Horicon school district used the Iron Ridge schoolhouse for 3rd grade during the 1962-63 and 1963-64 school years.  I was one of the first group of 3rd graders who took the bus everyday from the Horicon grade school out to the Iron Ridge.  There were two 3rd grade classrooms, and two teachers: Mrs. Werner and the other (I believe) was Mrs. Marsh.

My dad, Boyd Rohde, was on the Horicon school board at the time, and I recall that the idea of busing and entire grade of kids from Horicon to a country school was not without controversy.  From my third grader perspective, though, we had a ball having an entire school and schoolyard to ourselves.

I'm attaching two photos of the school from the early summer of 1963, one of my dad at the school and one of me.  Do not feel that you have to use them, although it is fine if you want to.    Contributed by Matt Rohde 6-11-12 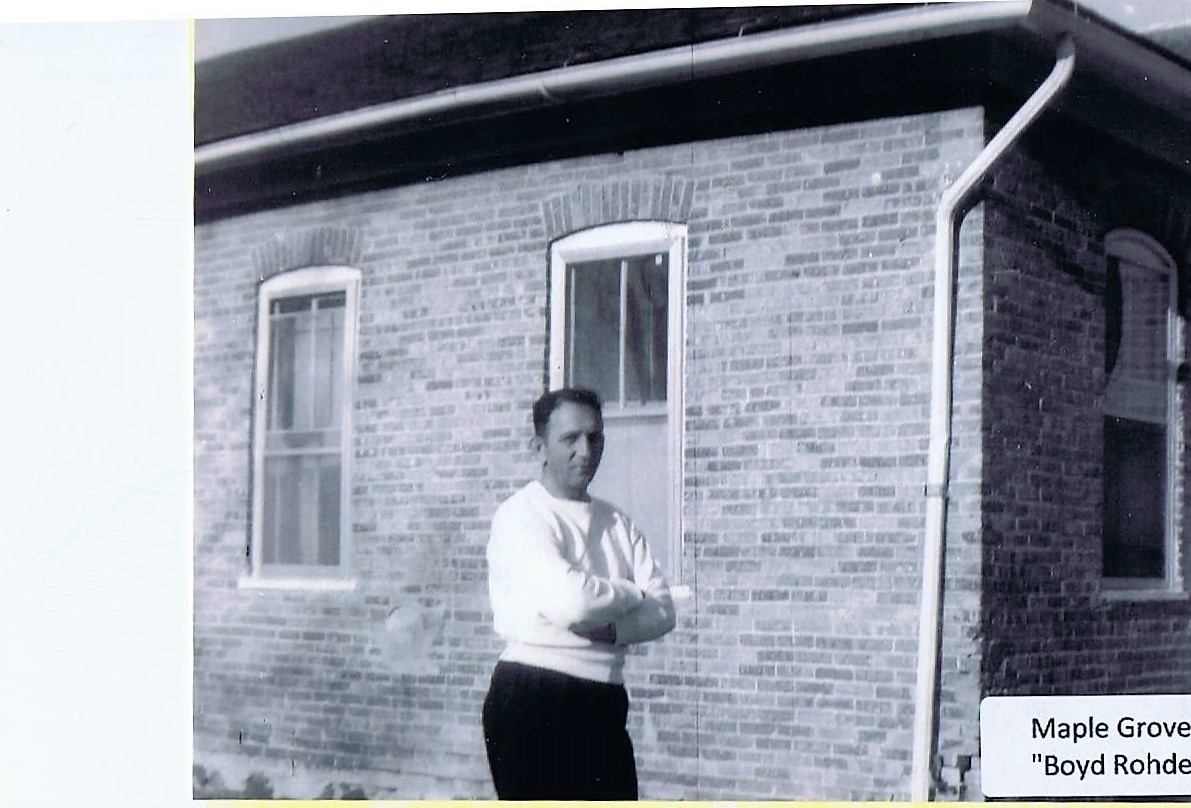 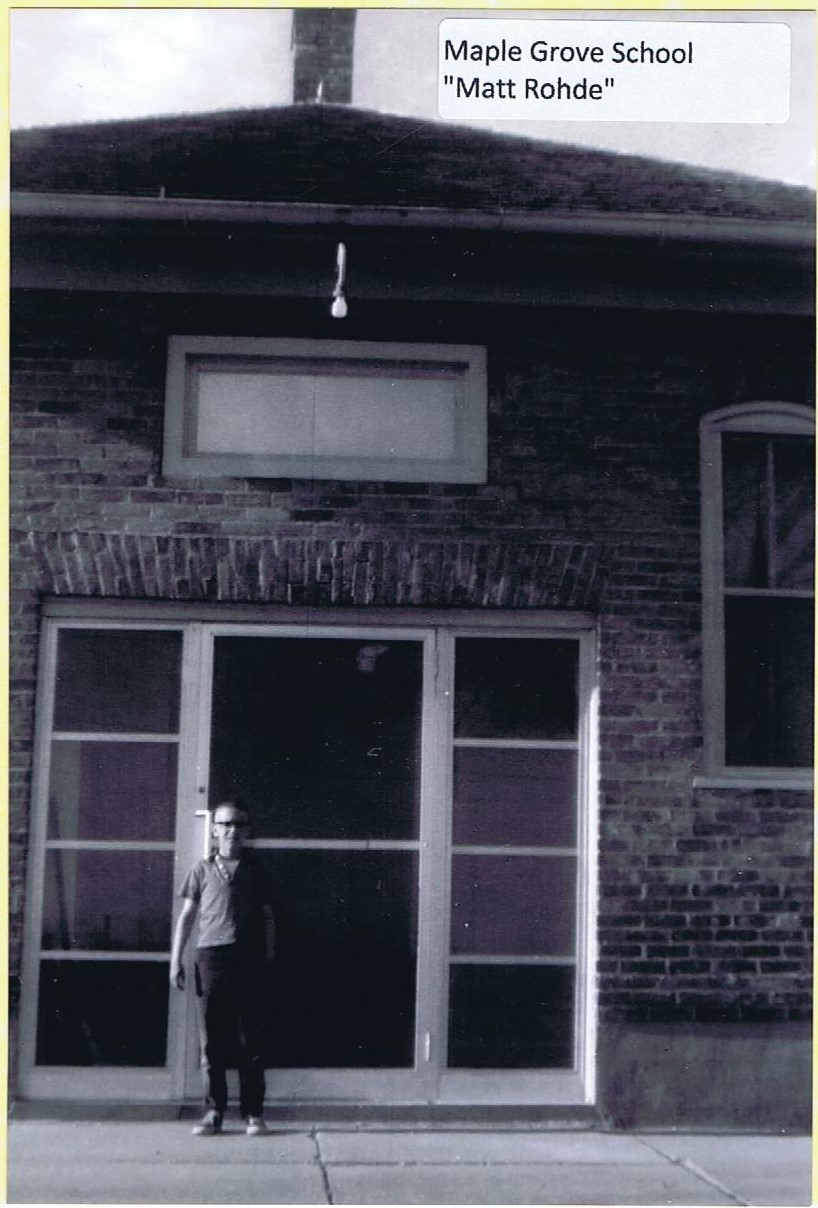