These may not all be with correct schools.  I did not want to miss any names so listed them that were on the records at courthouse.  Confusion is within Rolling Prairie, Burnett Central and Liberty Bell.

There was a Harley Sutton with 18 students – I did not write down year.

Linnehan/23 students.  Not sure which school they were at. 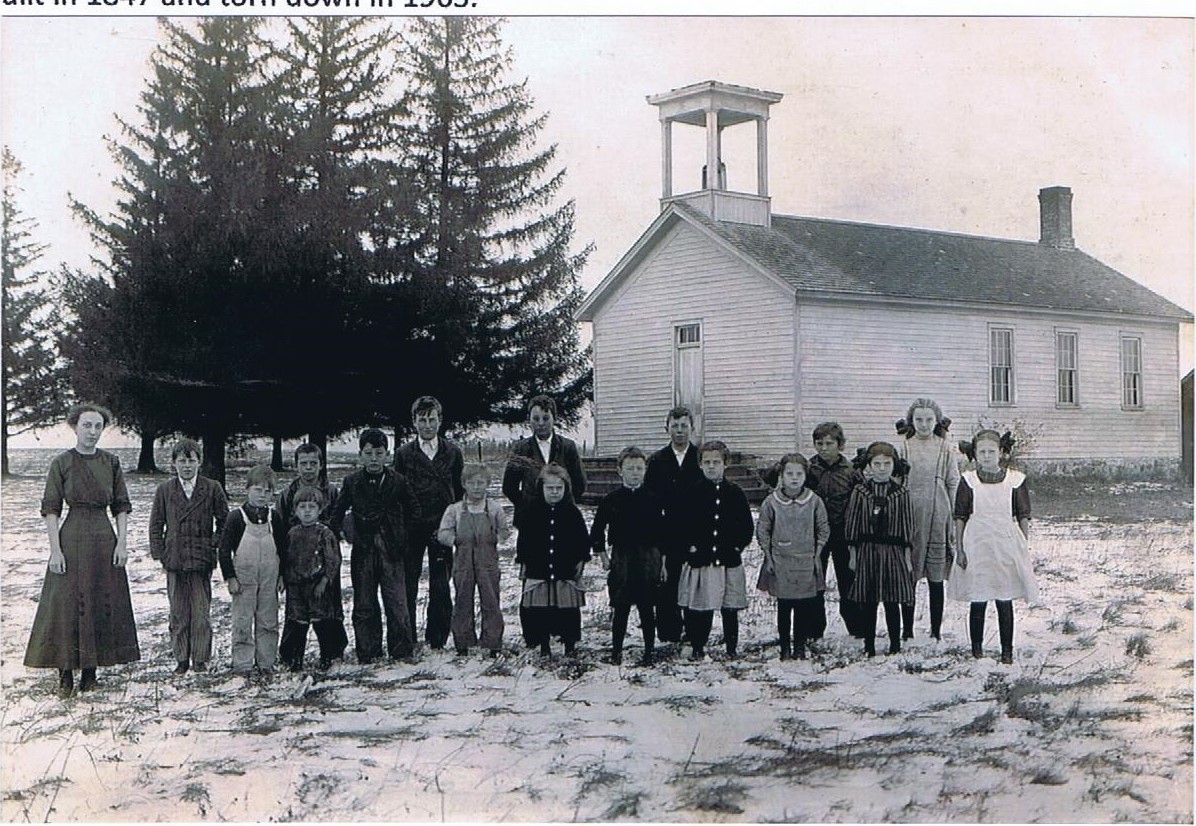 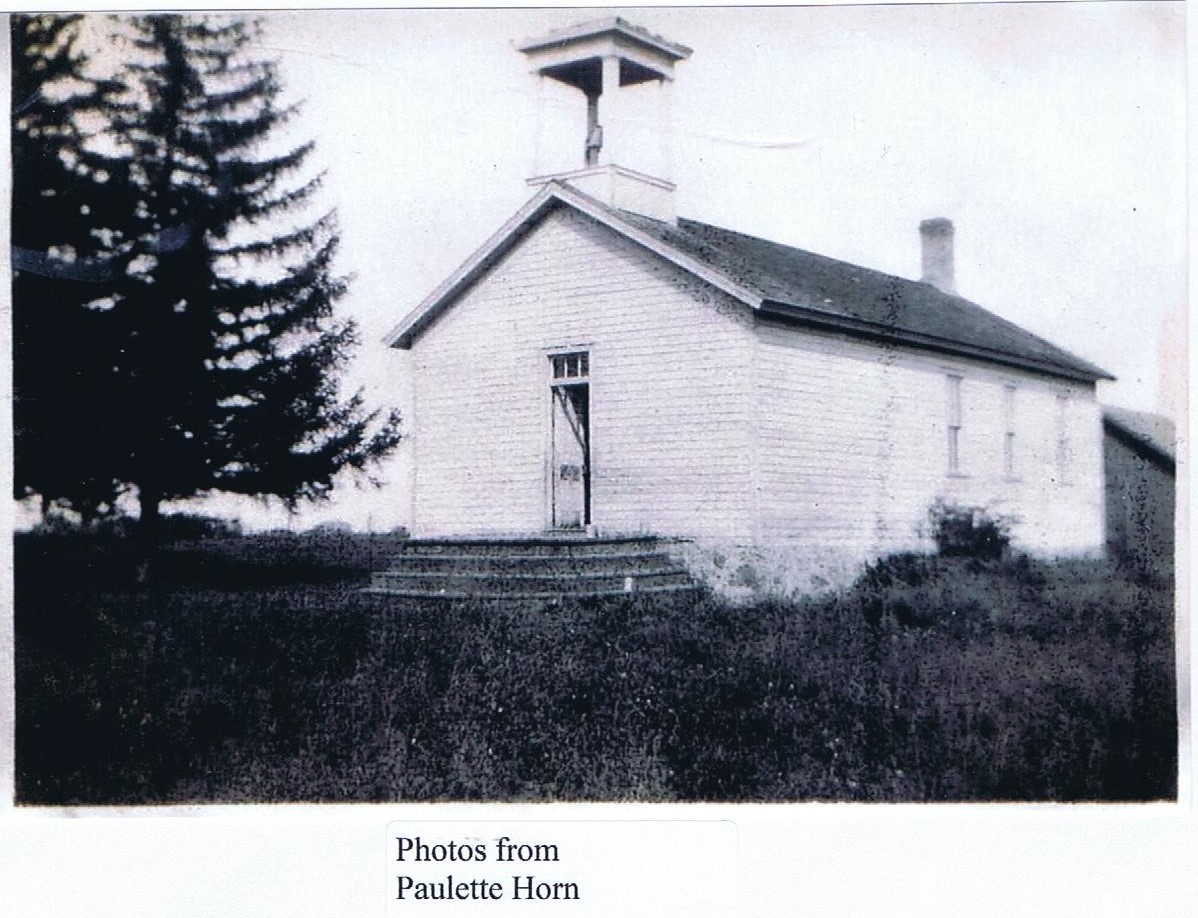 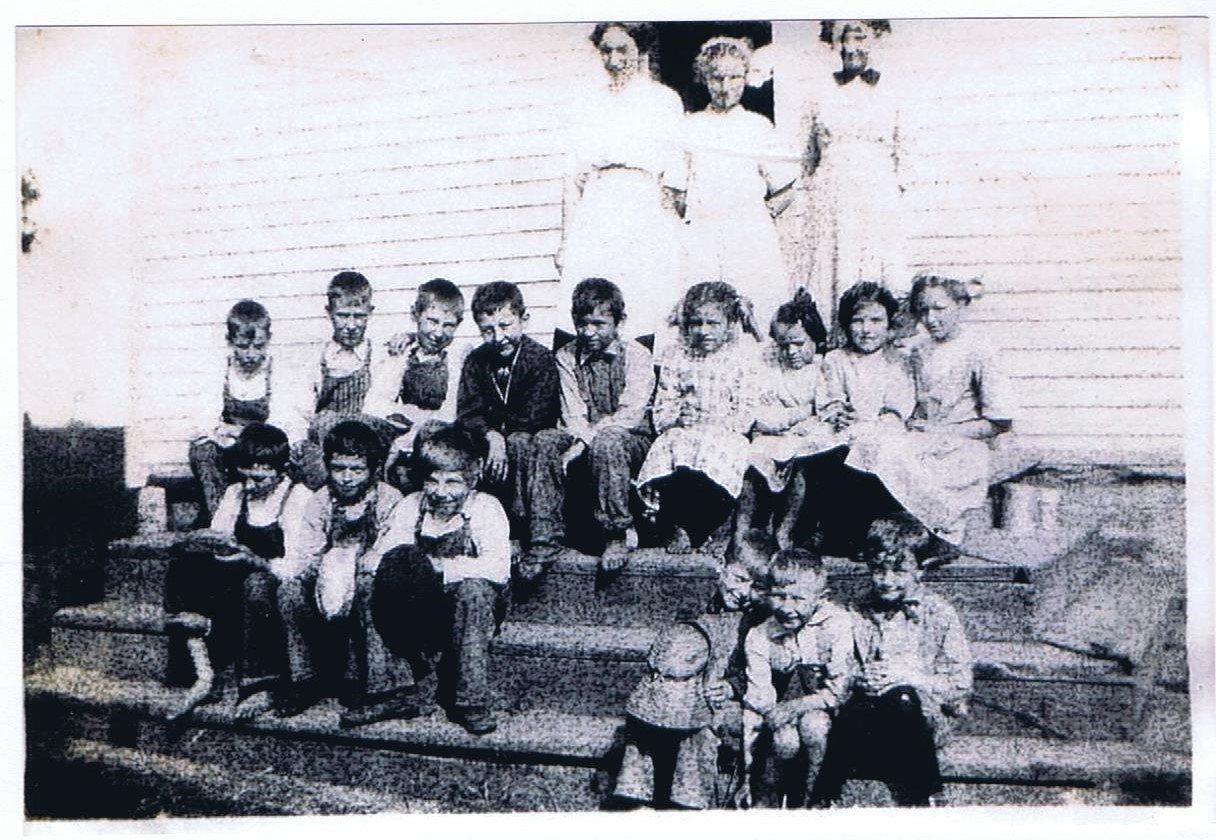 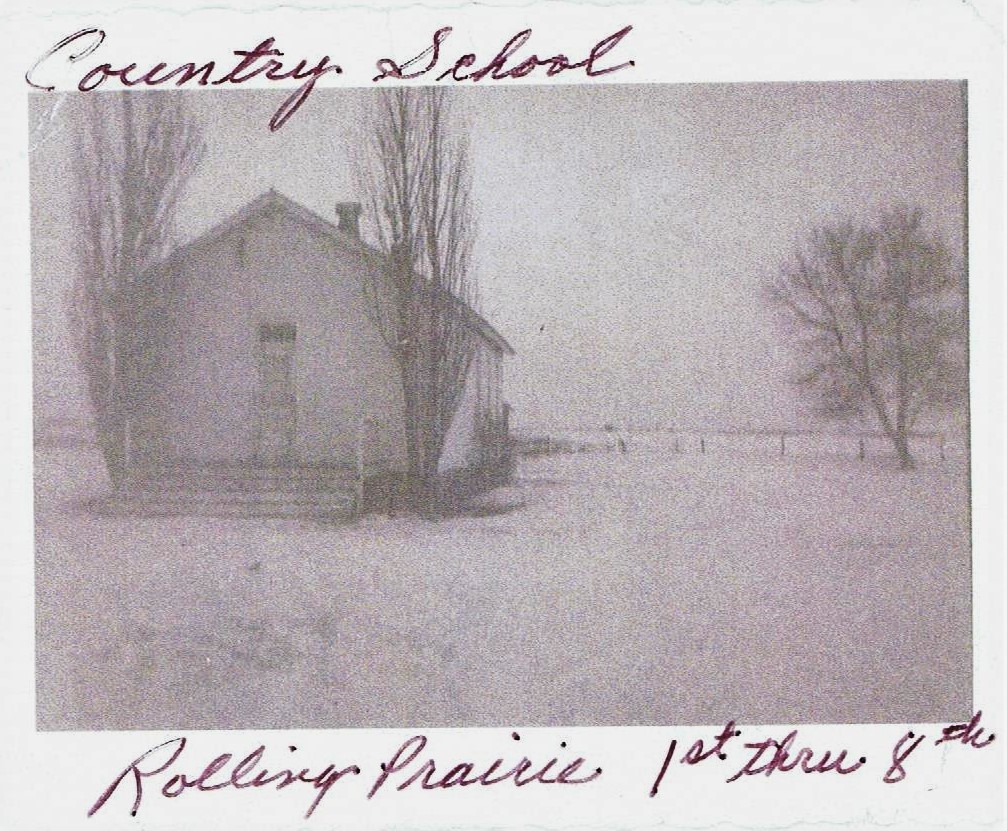 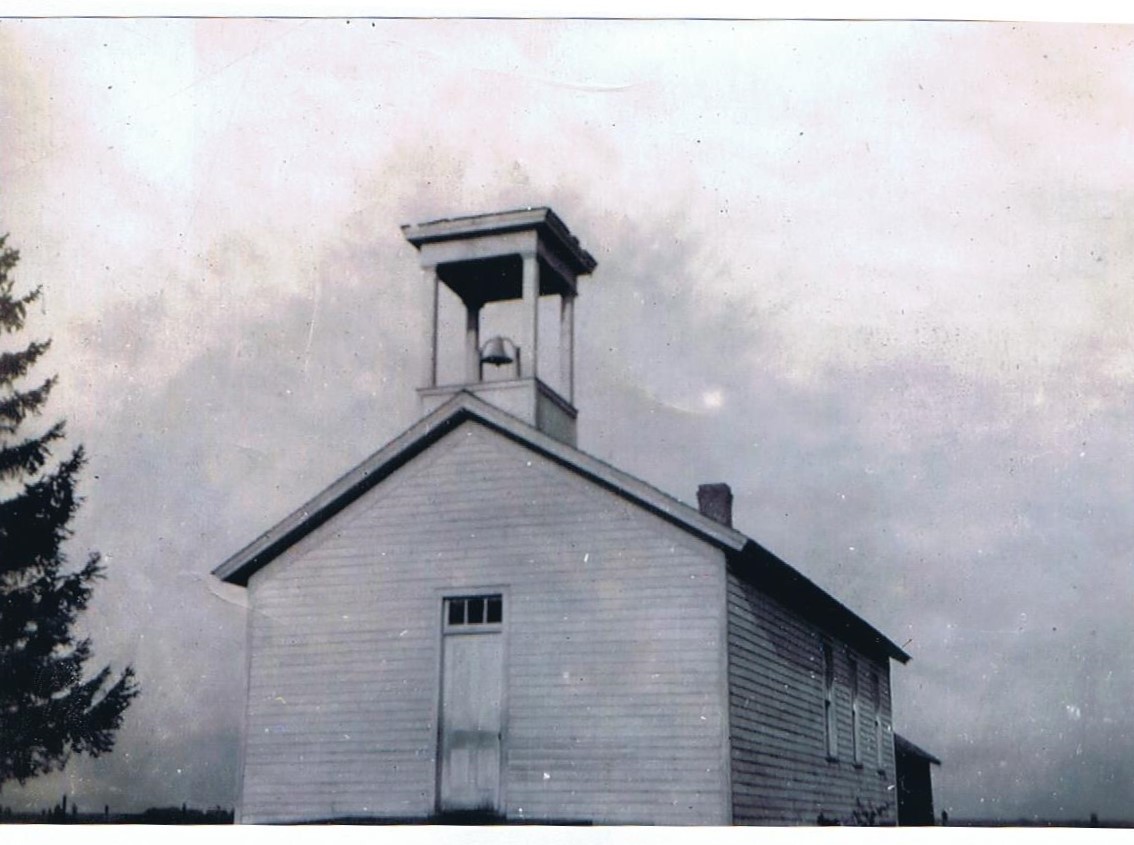 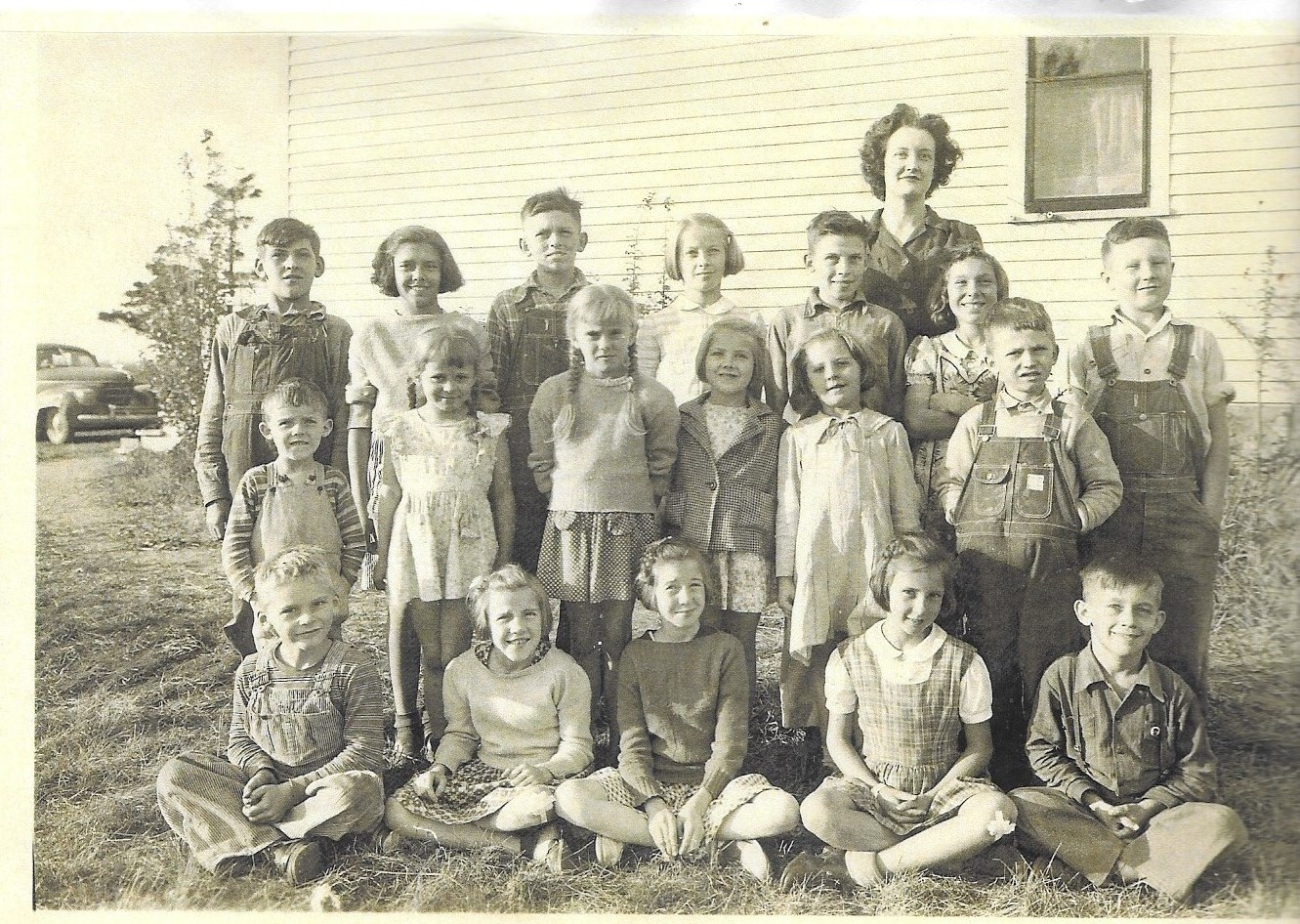 (Check the banged-up knees of the girls in the front row!!)

It is N7508 Cry Tk I, Juneau WI 53039.  However the school house is no longer there.  Fred & Betty Strauss live on the property now; the school house was "opened" on the south side (wall torn out) some years ago, and was used as a shelter for the Strauss cattle.  Later it was torn down completely and Fred & Betty had a new home built on the site, right about where the old school was located.  There was a woodshed out back originally where students played "Ante Over the Woodshed", but that was also torn down.  At one time the school was awarded "The Most Beautiful School in Dodge County" if I am remembering it right.

Other games we played were "Fox & Goose" (played in the snow), baseball, “Pump Pump Pull Away,” “Captain May I?,” etc.  The upper grades visited other schools and square danced together, as well as played baseball against each other.

of the Rolling Prairie School just before it was tore down.  They are not complete for they were cropped from a bigger picture.   I stand corrected about the chimney as it was not removed , and the metal ventilating stack went where the bell tower was.  If you blow it up you can see the embossed metal wall covering that matched the ceiling.  Also notice the two lighter areas side of the chimney where the blackboards where as it never was painted

My name is Kenneth Strauss, one of the children of Fred and Betty.  I stumbled on to the school website by pure accident and was amazed of all the content and info.  It is wonderful and must have taken a long time to put together.

I noticed it said there was a little confusion on Rolling Prairie so I thought I would send this little info to you , not that it matters very much but I thought you may be interested in it.

I went to 1st and 2nd grade there , then it was closed.  Your info on Fred Strauss opening up the side is correct but the wood shed was not torn down; it was moved aprox. one half mile to the south and still stands today.  Photo  below.

Some time around 1950 there was some renovation work done on the school and the wood shed.  The window above the twin doors was removed and front boards replaced.  The off center twin doors stayed the same, with the five vertical boards left of the left door. The photos only show portions of the wood shed.

After the school was closed my father purchased the two acres ,  but it was always separate from the farm hence when he sold the farm in 1977 he built his new house.  That is the year the school house was tore down.  It was tore down for the lumber and hand hewn Hickory beams it contained.

The interior had a beautiful metal embossed ceiling that curved down onto the walls.That is why at one time it was awarded the most beautiful school in the area.  I guess back at that time that did not mean much.  what a shame.  I hope this is useful to you and in closure I have been looking for interior pictures but have not found any yet,  must be some some where.

Let me know if this was of any use to you and if you need more history I may be contacted at any time.