Beaver Dam Daily Citizen of August, 1962 states that the District was operating the Leipsic School with Blanche Guse as teacher, 21 students; and the Park Lawn School with Selma Affeldt as teacher, 23 students.    Also I do think that Blanche Guse was the teacher at Leipsic during 1961-62, although there is no way of double checking that information.  But I never knew her to be without a school, and she finished Rolling Prairie in 1961.  Also I never knew Arlene Koehn, who was a high school classmate, to be in a school more than one year.  – Gerald Goodrich contribution. 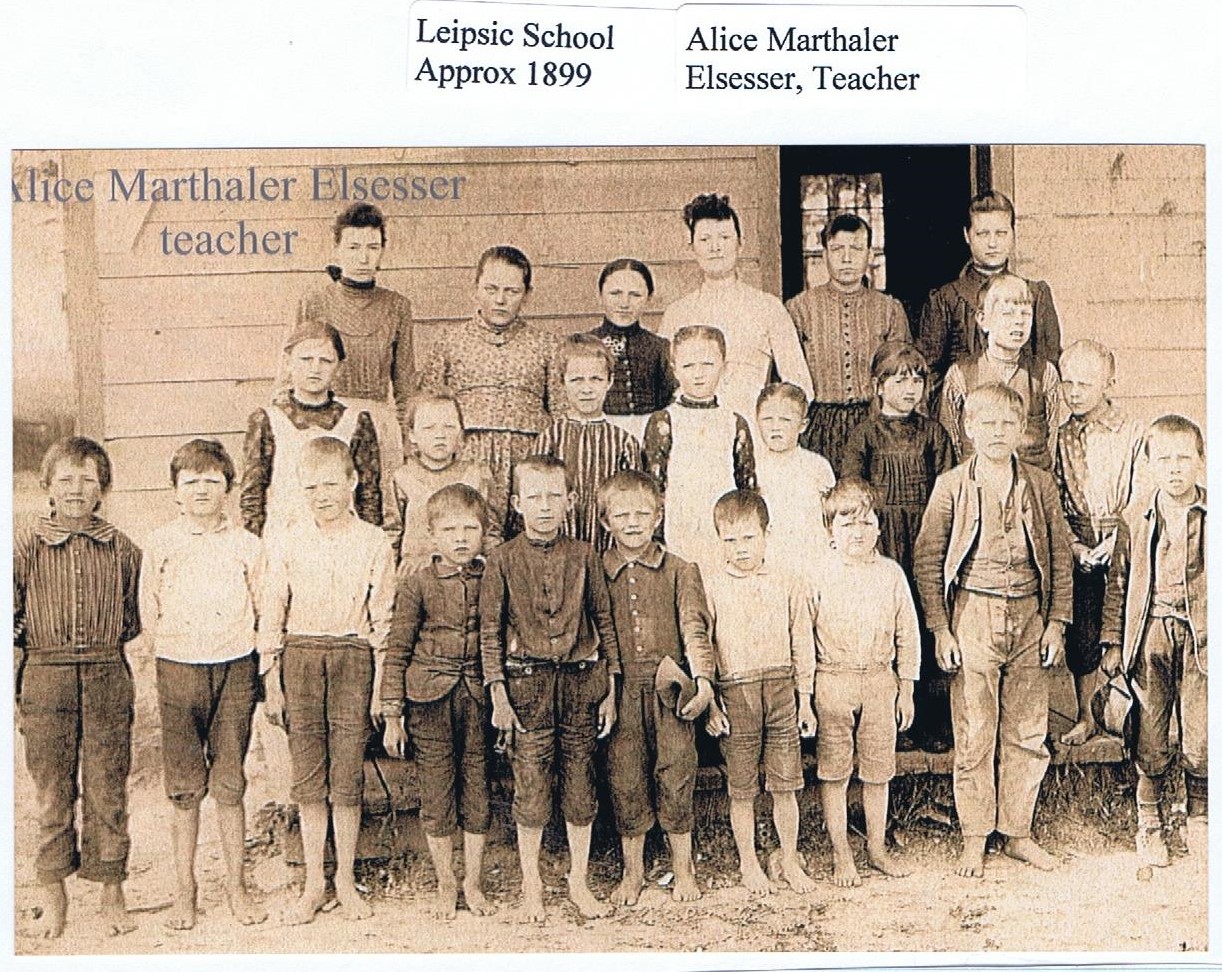 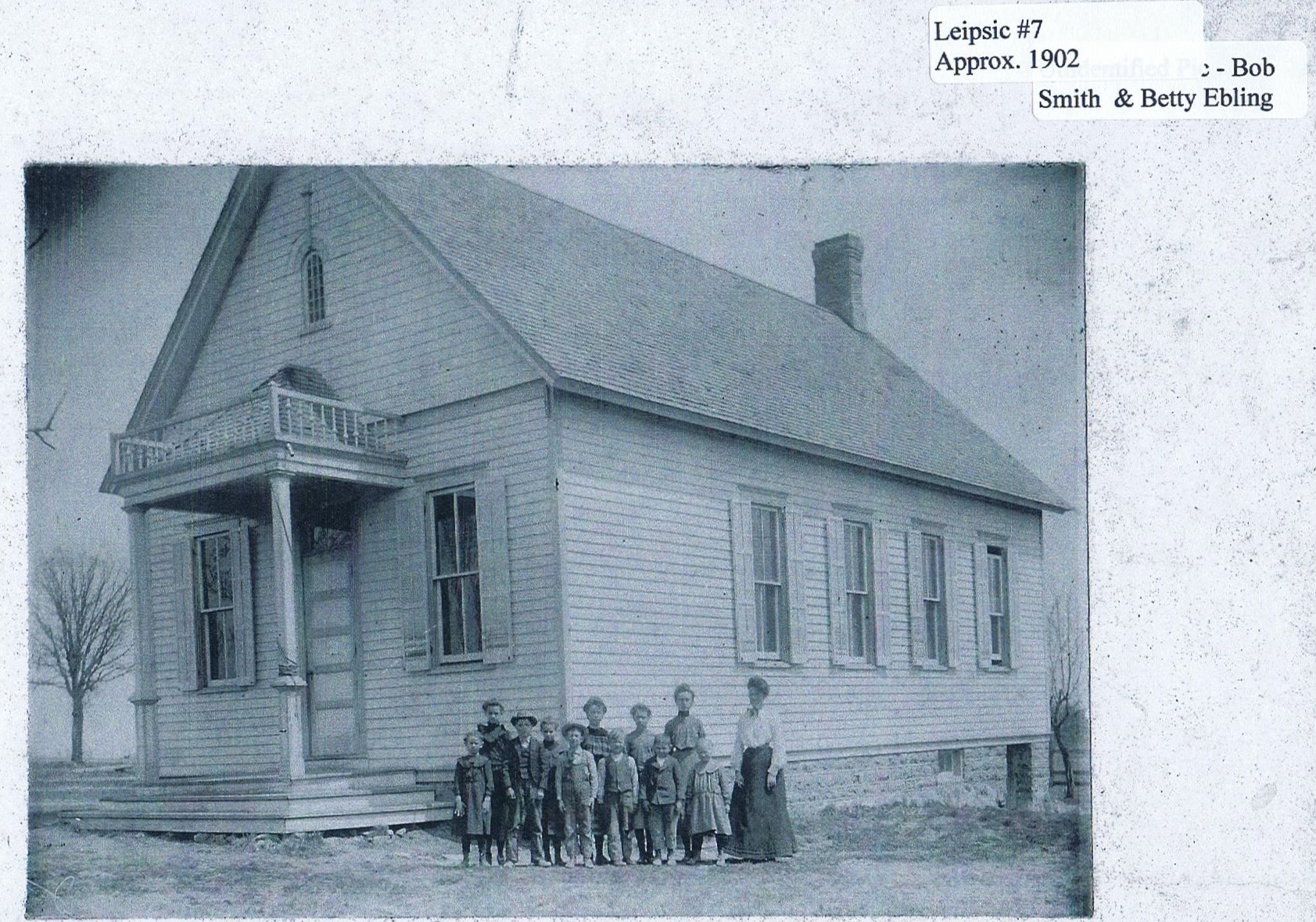 Leipsig school was organized April 24, 1847.  It was started with a special meeting of District Electors at the dwelling of John M. Grant at 6 PM.  Meetings held at night because of work.  Jan. 3, 1848, money was finally received for building.  Decided structure would have a balloon frame with 10’ posts, one report said 8’ posts, sided with rough oak without cornice.  Sheeting under siding was thin oak boards.  School Board approved $175.

Also approved were 4 panel doors 2” thick.  Six 12 pane windows, 2 on each side and 2 on N. W. Side.  Also specified “Desk Leaves” to be 1 ¼” thick.  Building interior was to receive 2 coats of plaster.  Roof shingled with oak 14’ long and 4” to weather.   Wm. Bidwell was chosen moderator (Chairman of the 1st School Board) at the session.  Aaron Chisolm and Harvey Burr were elected trustees and Ellis Thompson, Clerk, Chisolm also elected “Collector”.

–    However, a trip there will reveal only woods.

–    There were 17 homes from corners to 20 rods north of Grants Mill.  Grant operated a saw and grist mill while Phillip Staab had a grist mill closer to the settlement. 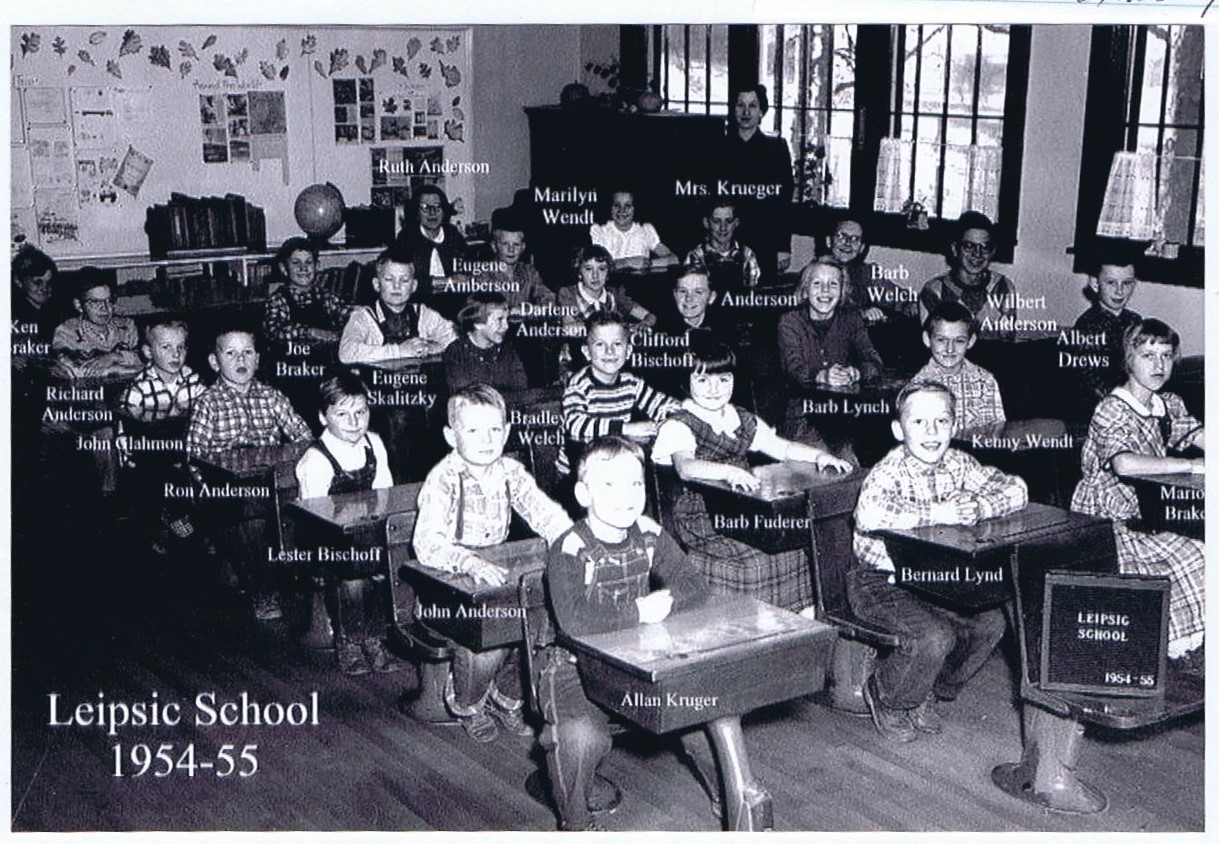 The center portion of this shed was the first Leipsig school moved from the woods to the Smith farm and farm was later purchased by Herb Lehner.  It was torn down in May of 2015 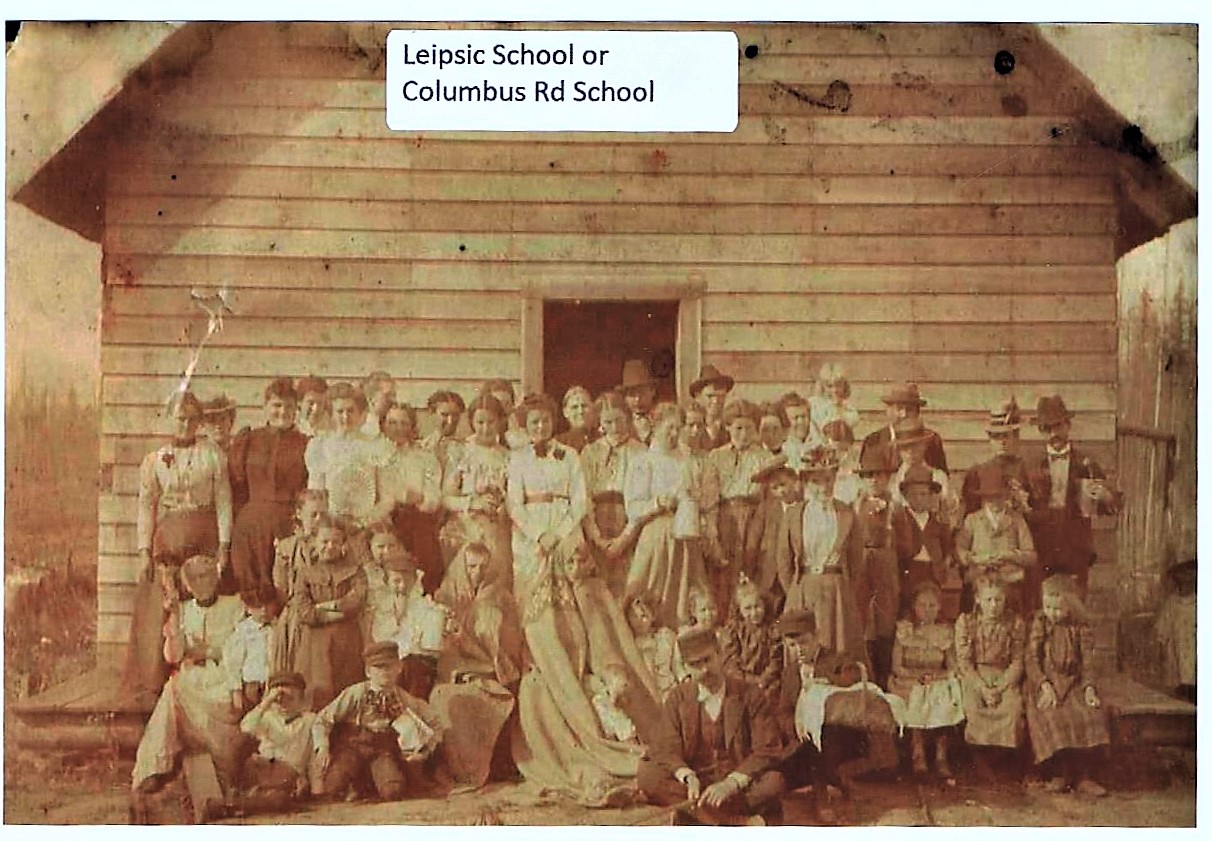